A common type of word problem that gives many of my GRE students difficulty concerns age. Age questions are a sub-type of word problems and thus require the approach you should take toward all word problems: identify unknowns, assign variables, create algebraic relationships, and solve. However, you will need to keep a couple key facts in mind. Let’s look at an example:

Bob is thirteen years older than Jack. In three years Bob will be twice as old as Jack. How old is Jack right now?

Before moving on, it’s important to understand the emphasis on current age. In most age questions, you will be given information about the people’s ages at some earlier or later point. By assigning variables for the current age, you will be able to express these new ages in terms of the current ages instead of introducing new variables.

Relationship #2: “In three years Bob will be twice as old as Jack.”

Note that it would be incorrect to write the equation: b + 3 = 2j. Why? Because the relationship concerns Bob’s and Jack’s ages in three years, so we need to make sure to add three to each of their current ages.

Since the question asks to solve for j, you should substitute (j + 13) for b in the second equation.

Questions like this can trip up test-takers because of the confusion involved in assigning variables and expressing new values in terms of those variables. When doing any word problem, it’s essential that you track the variables that you’ve assigned and how they change with each new piece of information.

If you've spent some time reviewing the various GRE resources out there, you'll inevitably run into…

Mindfulness and the GRE

As an independent GRE tutor, I pride myself on finding unconventional means to boost scores…

GMAT vs GRE: Which Test Should You Take?

As the GRE has gained more acceptance among business schools, the myth that the GRE… 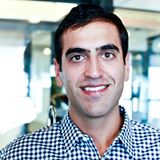 Erfun, founder of GRE Compass, is a professional, full-time GRE and GMAT tutor. He achieved a perfect score on the GRE, he is the author of McGraw-Hill's 2019 Premium Guide to the GRE, and he has over 12,000 hours of tutoring experience.
Recent Posts
Read my reviews on:

Buy my book on:

Copyright 2022 GRECompass - All Rights Reserved
Back To Top